On October 21st, Best of British 2018, a four day celebration of British brands and culture officially came to a close at the Shanghai Exhibition Centre. The show was organised by Media 10, with support from the British Consulate-General Shanghai, the Department for International Trade and the British Council.

As Shanghai prepared for the China International Import Expo (CIIE), Best of British 2018 showcased China’s rising enthusiasm for international cultural experiences. The exhibition served as a platform for cultural communications and business collaborations between China and the UK and created a bridge between British brands and the Chinese market, while introducing the British lifestyle to Chinese consumers.

Exhibitors at Best of British spoke highly of the show. Albert Zhang, the China Brand Ambassador of Garrard, a luxury custom jewelry brand, said that the show was a huge breakthrough for the UK businesses interested in the Chinese market. “Visitors at this year’s show saw brands with real British history and that truly represent the best of the UK,” said Zhang. “I really appreciate the Best of British show for offering such an opportunity for brands like Garrard.” Lee Fisher, the Head of International for Hayman’s of London was also very happy with the results of the show: “The two Trade and VIP days helped us build relationships with many hotel and bar owners, a great opportunity for a gin brand like us with a long history in the UK. We hope this will be the beginning of an even greater expansion for Hayman’s in the Chinese market.”

Lexie Morris, Head of Retail and Consumer, British Government’s Department for International Trade, China, said:” China is one of our most important partners in trade and business. With Chinese consumers becoming increasingly discerning, their interest in British products is greater than ever. The Department for International Trade is actively supporting British brands currently exporting or looking to export to the Chinese market, targeting China’s upper-middle class consumers. Best of British has been an excellent platform through which to offer British brands a comprehensive introduction to the Chinese retail landscape from both a business and consumer perspective. We have been very pleased with the results.”

The exhibition also hosted an array of interactive activities and cultural highlights. Over the four days of the show, more than 30 fashion shows included designers from London Fashion Week such as House of Holland and Oliver Spencer along with Daks, Ted Baker, and Not Just Pajama. Well known Chefs showed off their skills at the Taste of Britain Theatre, demonstrating traditional fish filleting techniques and preparing authentic British afternoon tea delights. Visitors also enjoyed screenings of critically-acclaimed British films and musicals including the Phantom of the Opera and Ethel & Ernest, presented by the Royal Shakespeare Company and China-UK Film Festival. Singer Li-Tong Hsu, performed a selection of songs from the Andrew Lloyd Webber musical Tell Me on A Sunday.

"The Study UK Showcase 2018 is a perfect example to demonstrate the innovative spirit of UK education and how it encourages students to turn their ideas into reality,” said Matt Knowles, Area Director East China, British Council. “The Best of British Show provided a great platform for our showcase. We are very happy to work with the Best of British again this year. The UK is known for producing successful, versatile graduates and one of the reasons for this is our use of innovative teaching methods. We hope that the public can be inspired and discover how a UK education is able to set them off on their path to success."

John Edwards, British Consul General in Shanghai, spoke highly of the show and how it served as a great warm-up for UK’s participation in the CIIE. “Excellent show! This is the largest ever showcase of British brands in China and we have been delighted to support Best of British and to see the huge numbers of Chinese consumers and trade buyers who’ve attended and enjoyed the show this year. The British Consulate-General Shanghai, the Department for International Trade as well as the GREAT Campaign are very happy to see such GREAT success and we look forward to continuing to support UK companies coming to China. " 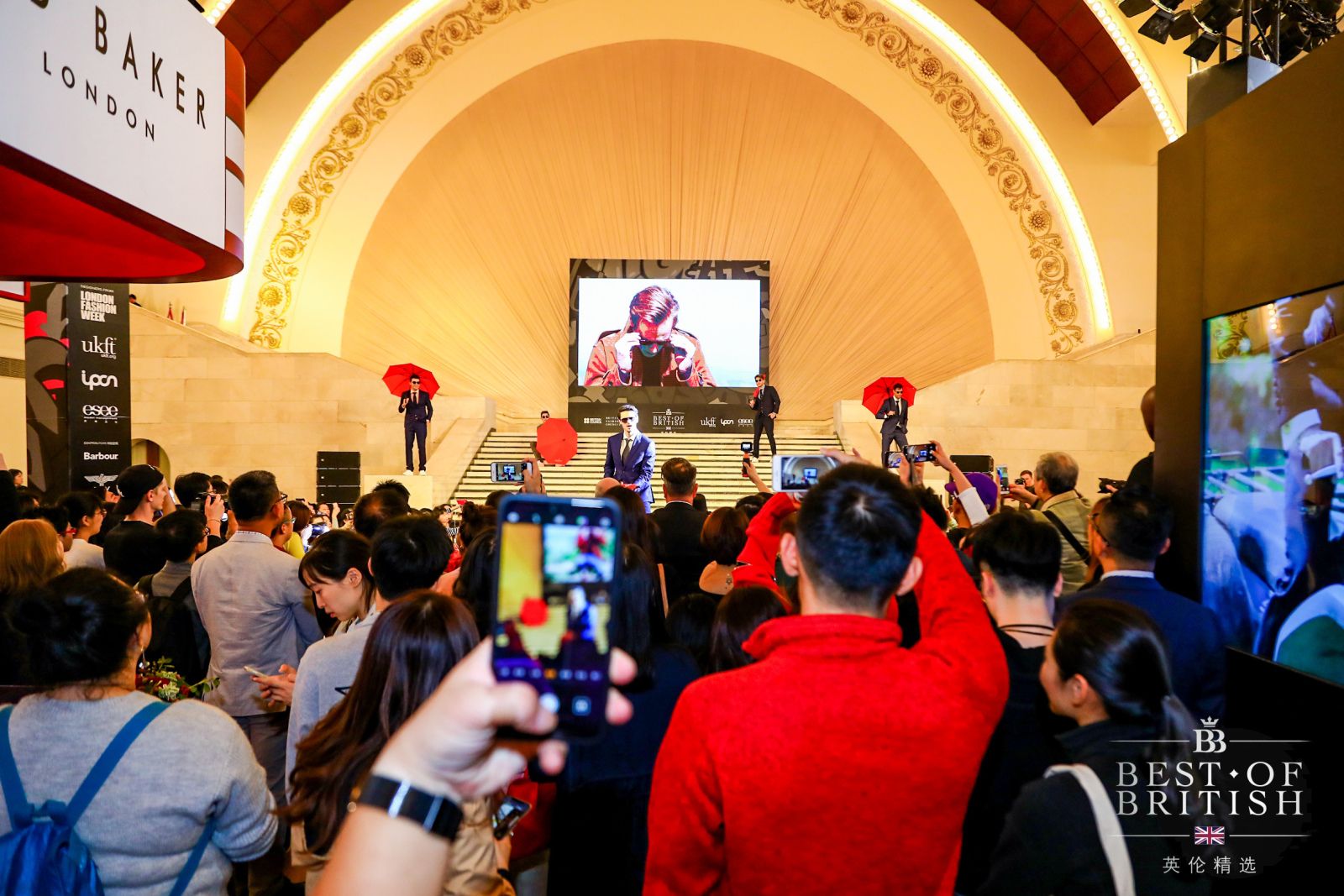