Best of British welcomes Rolls-Royce and Mini as the exhibitors

Best of British is delighted to confirm two car exhibitors to take part in the grand event. They are Rolls-Royce and Mini, which both are the most representative British car brands.

In 1959, the Suez Crisis lead to cut-backs in oil supply. Sir Alec Issigonis was assigned with the task of designing an extra-small model for the British Motor Corporation that would “maximize the usage of dimensions for four seats, sporting driving behavior and low consumption”. The one and only Mini was born. In the decades following, many classic models were came from the original, driving through race tracks and countryside, being loved by royalty and rags, creating a legend in auto fashion.

In 1994, BMW took over the Rover Group and Mini along with it. The MINI was reborn in 2001 and changed its name to MINI, becoming the third independent brand under the BMW Group. In 2003, MINI brought the original, individualized car with karting fun into China. During the past 14 years, the MINI family has been growing to a big family. In the future, MINI will continue to lead all segments it enters.

Every story has a beginning, and this is Rolls-Royce. From the early days of daring experimentation, to their vision for the future of luxury, they have been chasing perfection for over a century. A Rolls-Royce is more than a motor car. It is a work of art, hand-built to order by their team of highly-skilled craftspeople. Whatever your vision, their Bespoke team select the finest veneers, colors and hides, and master the techniques needed to make it a reality. The only limit is your own imagination. 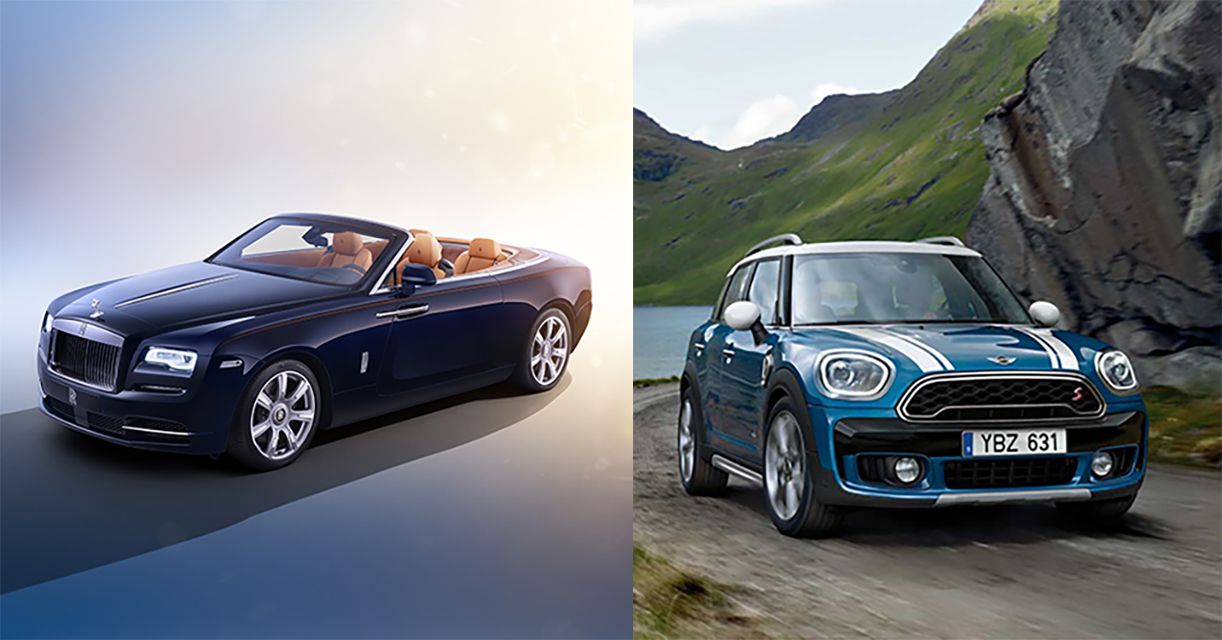