The Best of British show to launch in shanghai this October

Organised by Media 10, the award-wining organizers of Design Shanghai, the event will bring over 100 British brands to the city

A Media 10, the leading events and publishing company, today announced the launch of The Best of British Show, a new exhibition showcasing premium British brands looking to develop in the China market, at a press conference held at the exclusive KEE Club in Shanghai. The Best of British Show will take place at the Shanghai Exhibition Centre from 19-22 October 2017, spotlighting the very best of British consumables, including food, drink, fashion, design, culture, education and innovation. The Best of British Show is backed by the GREAT Britain campaign, Department for International Trade, British Consulate General Shanghai, and is held in partnership with British Airways, VisitBritain, Weetabix, and Royal Mail.

Staged over four days in the historic Shanghai Exhibition Centre, the show will reach over 55,000 high-end consumers and more than 5,000 key trade contacts from across China. The event will feature a number of sections, including Home & Interior, Food & Drink, Education & Lifestyle, Fashion & Footwear, Travel & Tourism, and Innovation & Technology, as well as a series of cool, contemporary, and inspirational on-site activities, including The Plough at Cadsden Pub, the Quintessential Catwalk, Bespoke Britain Private Members Club, Taste of Britain, the Village Green, and the Cream Tea Pavilion. Iconic British brands, including Rolls Royce, Mini, and Thomas Cook, among others, have confirmed their attendance.

Set in the elegant, British-style KEE Club, the press conference kicked off with an interactive program, including remarks by British Consul General John Edwards and Media 10 China Managing Director Mike Dynan. Mike Dynan, Managing Director of Media 10 China, said: “Inspired by our success organizing the Royal Coronation Festival in 2013, and leveraging our unrivalled understanding of the British and Chinese markets, we are delighted to introduce The Best of British Show to China this year. After establishing Design Shanghai as the best-attended event in Asia in just three years, we are committed to founding a platform that both satisfies Chinese demand for premium British brands, and enables top British brands to tap into the world’s largest consumer market for international goods.”

Support from Best of British partners and sponsors

VisitBritain’s Country Manager Greater China, Travis Qian said: “Britain is always packed full of amazing experiences, and this year is no exception. Britain will present a cultural extravaganza in the coming months across its nations and regions, showcasing literary and heritage events, as well as arts, music, and food festivals. It is a great time to come to Britain.”

Richard Tams, British Airways’ Executive Vice President for China, added: “The Best of British Show provides a dazzling array of what the UK has to offer to Chinese visitors. We feel privileged to be associated with this galaxy of renowned UK brands and we would like to also invite visitors to travel with British Airways to the UK to experience these famous brands on their home ground.”

The Best of British Show is proud to partner with iconic British companies and organisations, including, British Airways, VisitBritain, Weetabix, and Royal Mail, to provide premium British brands with the unique opportunity to tap into the world’s largest market for consumer goods in Shanghai this October. 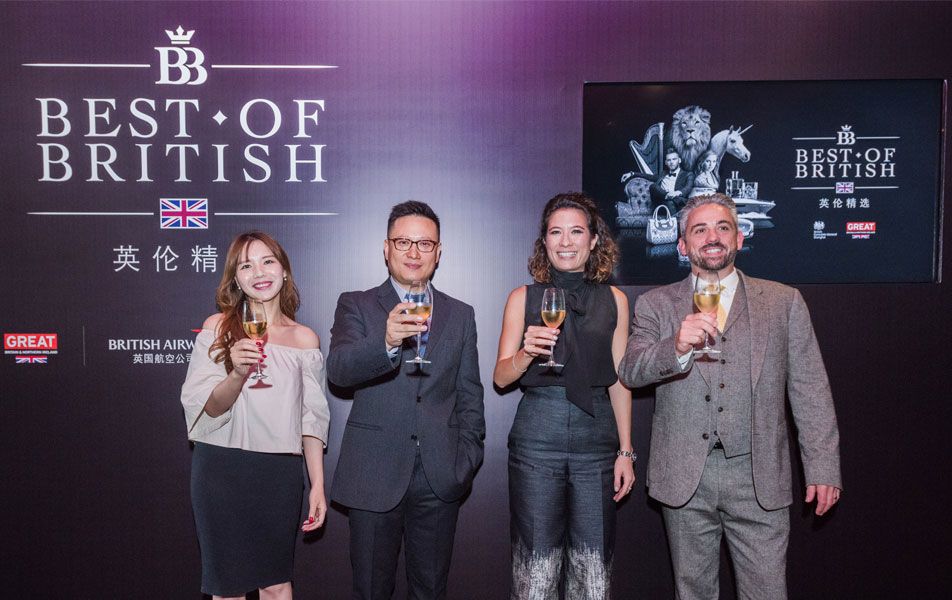